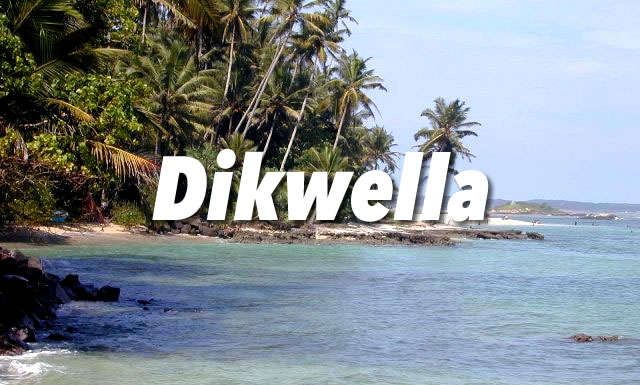 While the main focus in Dikwella is on beach life and surfing, many interesting places to visit are close by.
Tea- and rubber plantations, the market town of Matara and the Yala National Park with its exciting wildlife are just some expamples to choose from.

Dikwella Diving - Polhena Reef
Polhena is a sea bathing spot situated in the city limits of Matara. The reef, which encircles this spot, provides protection, because the water level within this area is shallow. There is a natural reef with lots of corals.Right in front of this spot there are Hotels, which cater to the local as well as the foreign tourist providing facilities for beach vacation. The sea is inviting, and the beaches extensive, wide and unpolluted. Plenty of scope for fishing, diving, and sea and sun sport.

Yala National Park
Yala National Park is one of the best parks in the world to observe and photograph leopards in the wild. With it considerable size, the terrain of the national park is varied from flat plains to rocky outcrops.

Wevurukannala Buddha Statue
At the famous Wevurukannala colossal Buddha statue you can climb the stairway behind this statute and from the top you can have a scenic view of the countryside with paddy fields and vegetation.