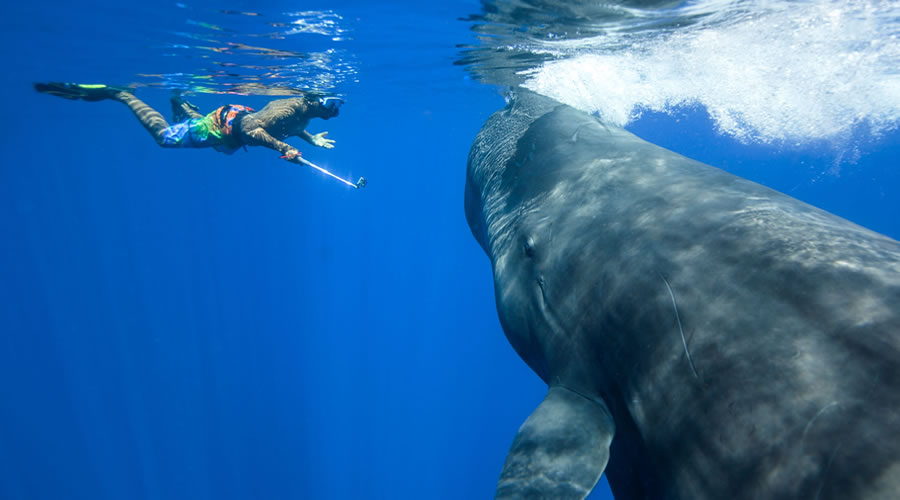 Just off the coast of Sri Lanka swims the majestic blue whale, the largest creature on earth. Nowhere in the wold is it possible to see these ocean giants so close to shore.
go-lanka.com gives you the opportunity to watch blue whales along with sperm whales, orcas, playful spinner and bottlenose dolphins, turtles and whale sharks in their natural environment. Guaranteed to be an experience of a lifetime.

Booking a Sri Lanka Whale Watching Tour with us will let you enjoy your whale watching trip in comfort and away from the hustle overcrowded public boats.

Where to find the best Whale Watching in Sri Lanka

MIRISSA
Mirissa is an ideal destination for those who wish to catch a rare glimpse of those beautiful and gentle giants of the Ocean. Situated at the southern coast of Sri Lanka from beyond Mirissa coast lies the Indian Ocean its vast majesty right upto the Antartic land mass. It comes as no surprise that these amazing marine mammals migrate through the vast and fertile stretch from December to April during the annual breeding season. Mirissa itself is a quiet and peaceful coastal town boasting unspoiled beaches.
Setting off from Mirissa there is up to 90% opportunity to come across Sperm whales and good pretty chance of sighting the Blue whale as well. There are believed to be around 26 different species of whales traversing this region and this includes the well loved dolphins.

TRINCOMALEE
Following the recent development of Whale Watching Tours on Sri Lanka's South and West Coast, Trincomalee is rapidly emerging as another internationally important whale-watching destination. Blue whales in particular (plus smaller numbers of sperm whales) can regularly be seen around six to eight nautical miles east of Trincomalee (about 30min by boat), Dolphins (mainly Spinner) are also regularly seen. Most sightings occur between March/April and August/September, as whales continue their migrations around the island from the south coast (where they mainly congregate from December to April) – this means that Sri Lanka offers around ten months of continuous whale-watching annually at different points around the coast.