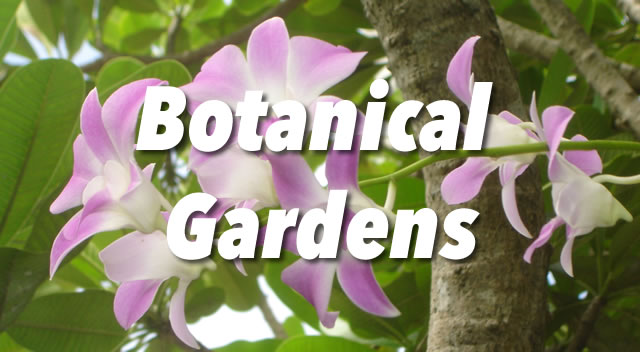 More than two centuries after Buddha had entered Nirvana, Ceylon was converted to his creed. To this there is not only the testimony of the great Pali Chronicle, the Mahawanisa, which throws light on the marvelous royal parks that grew up there in the course of the centuries, but there are also ruins, long concealed under ancient forest growths, but rediscovered in the last decades by English excavators.

PERADENIYA BOTANICAL GARDENS
Established in 1816, these gardens are located about 6.5km before Kandy on the side of the Colombo-Kandy highway. Initially planted with Coffee and Cinnamon, now includes beautiful Sri Lankan and overseas species. No vehicle is allowed entry to this 147-acre garden. It is bounded on three sides by a loop of the Mahaweli River. Disabled persons can arrange vehicles on request. The garden is open daily from 8.00 a.m. to 5.45 pm.

The Avenue of Royal Palms, Bamboo-fringed riverside drive, Bat drive, Spice garden, Orchard house, Cactus house and a Glasshouse of anthuriums, begonias, African Violets and other species and the giant Javan fig tree found on the great lawn attract local tourists as well as visitors from overseas. It covers an area of 1600 sqm. Keep your eyes open for an oxen driven lawn mover.

HENARATHGODA BOTANICAL GARDEN
About 30 km north-west of Colombo, near Gampaha off Colombo-Kandy road. This garden is home to trees from every corner of the tropical world - especially from Brazil.

Most notable is the Para rubber tree - Hevea brasiliensis. Here at Henarathgoda, in 1876, the first seedlings ever planted in Asia grew and flourished. A British colonial agent had smuggled 70,000 rubber seeds out of the Amazon jungle. London's Kew Gardens succeeded in the cultivation of 2700 of them. About 2000 seedlings were transported to the warm, moist climatic conditions at Henarathgoda. These little trees sired the rubber industry thought Southeast Asia in Malaya, Indonesia and South India as well as in Sri Lanka.