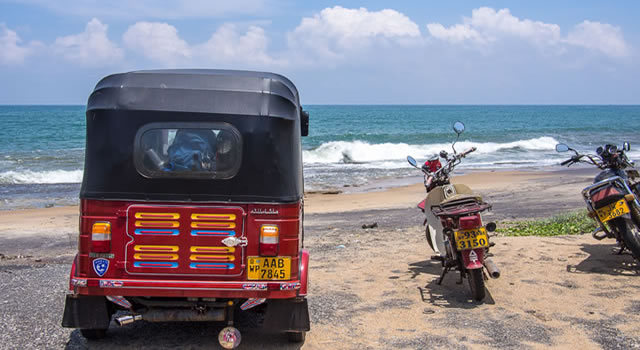 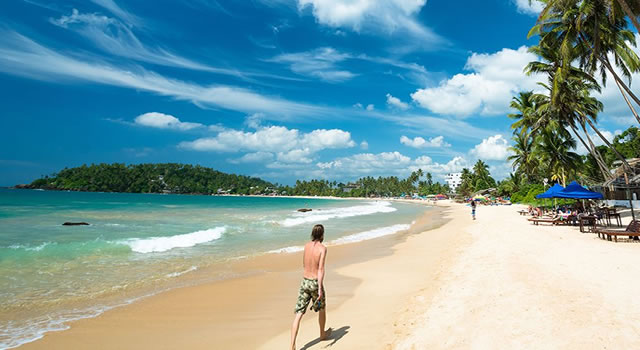 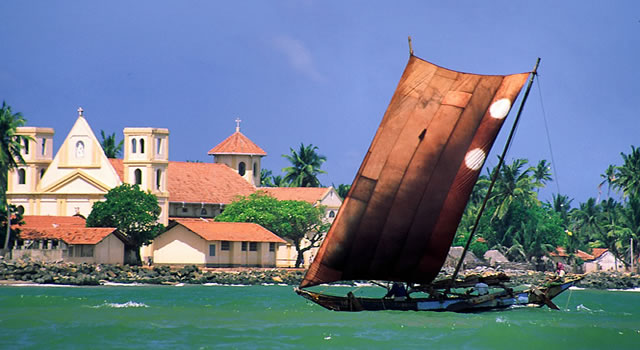 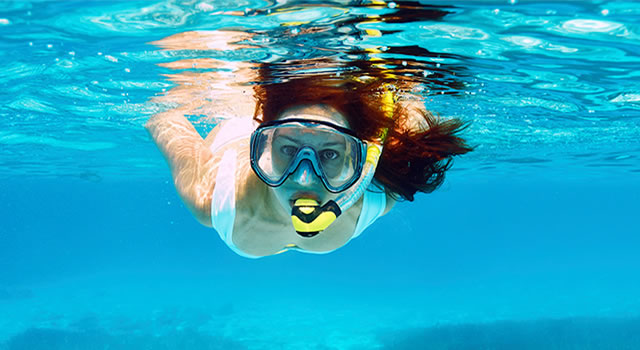 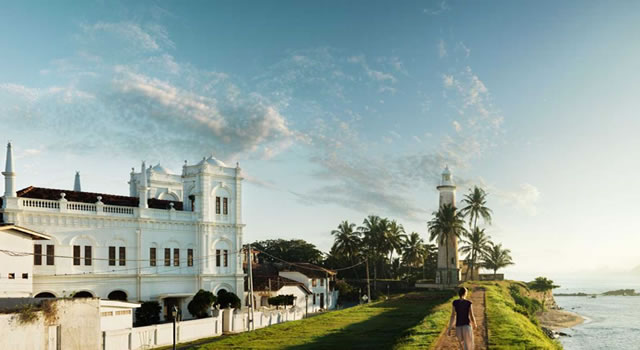 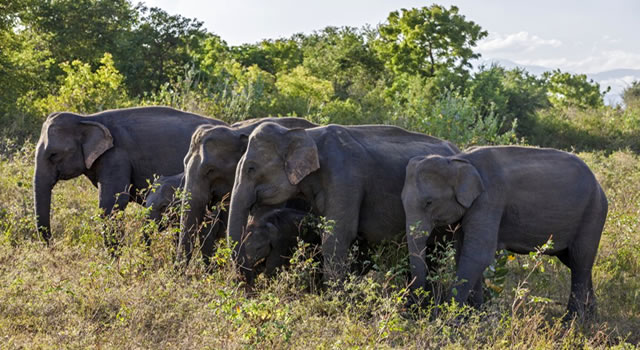 Explore the West- and Sout Coast of Sri Lanka in a unique and economical way. By driving your own Tuk-Tuk you are fully in charge of what to do, what to see and where to stop.
A Tuk-Tuk is three-wheeler, also called auto rickshaw or trishaw and a motorized development of the traditional pulled rickshaw or cycle rickshaw. Commonly they are used as cheap taxis, inner-city and family transportation. You can see them in front of almost any hotel or being flagged down on the road.
All Tuk Tuk's come with an electric starter and manual transmission with reverse gear. Luggage and sport equipment can be stored in the rear of the back seat or the hood rack. This vehicle is perfect for adventurers, budget backpackers, board surfers, wind surfers and basically for anyone who is looking for an unique experience.

The Sri Lanka Tuk Tuk Tours can be easily combined with another Sri Lanka Tour or a Sri Lanka Holiday Package.
If you have any questions and/or need to customization, please contact us or use the "Notes" field in the form below.

DAY 1:
On your arrival in Sri Lanka we will meet you at the airport and transfer you by private limousine to your hotel in Negombo Beach.
A day to acclimatize and, depending on your arrival time, having your first swim in the Indian Ocean.

DAY 2:
After your breakfast we will meet you with a representative of the tuk-tuk rental agency and process the required paperwork.
You need to provide a copy of your passport and an international driving licence with motorcycle endorsement.
If you are holder of an International Driving Licence, there will be an endorsement fee of Rs.5,500 (not included). National Driving License holders can get a temporary driving licence at Traffic Department for a fee of Rs.5,500 (not included). Both are handled by the car rental company. Please note that endorsements and/or temporary driving licences can only be issued Monday-Friday 9am – 3pm (except public holidays). To speed things up you can send us copies of the required driving documents [copies of passport, diving license(s)] at least 7 working days prior to arrival.
In the afternoon you can take your first spin around town. Used in colonial times by the Portuguese, Dutch and British as main export harbour for cinnamon, you still can see many historical buildings.
There is also the option for a 6h hands-on training by one of the experienced drivers of the tuk-tuk rental agency (not included in tour).

DAY 3:
While you are in charge of the program, we recommend a drive along the coast to Marawila. Hidden beaches, traditional fishing villages and markets on the will give you a first insight into the 'real Sri Lanka'.
On your way back it might be an idea to pass along the Negombo Lagoon, which is characterised by high biodiversity in its flora and fauna. The mangrove community in the lagoon is the most diverse of all mangrove communities on the west coast of Sri Lanka. The zonation of plants and animals in the mangroves is not as spectacular as that in South East Asia, because of the low tidal fluctuation, but in the number of species of plants and animals in the lagoon, mangroves, seagrasses and mudflats, it is second to none.

DAY 4:
On your way to Unawatuna on Sri Lanka's South Coast, you have to chance to do a bit of sightseeing in Colombo, to visit the famous Kalutara Dagoba, embark on a river safari on the Madu Ganga and/or visit a turtle hatchery. With the exception of Colombo centre, the whole route will right along the Indian Ocean, offering you many opportunities to stop for a swim.

DAY 5:
Beach Day! Enjoy two of the best beaches in Asia - Unawatuna and Hikkaduwa. While Unawatuna is more for swimming, sunbathing and snorkeling/scuba diving, Hikkaduwa is a paradise for surfers of all skill levels. Ride the waves on shore and reef breaks or watch the por's from one of the many beach bars.
In the afternoon can spend hours exploring the famous Dutch Fort in Galle, go shopping at one of the oldest markets of Sri Lanka and the modern shopping complexes or you can enjoy the feeling of "the good old times" at one of the colonial-style hotels and restaurants.

DAY 6:
Start early morning for a drive along the South Coast to the Yala National Park. Yala is a beautiful area of lowland dry scrub sitting on a long stretch of coastline, punctuated by rocky outcrops. It is the premier national park of Sri Lanka, and arguably one of the best for mammals in Asia.
The top draw is the Sri Lankan leopard, a sub-species endemic to the country; in certain areas of the park, the average leopard density is as high as one cat to every square kilometre. During the fruiting of the palu trees in June and July, sloth bears are often observed.
On your way back you can stop in Mirissa, another laid-back beach resort or visit the Dondra Head, close to Matara. Historically known as Devinuwara temple port town or Devinuwara temple town, Dondhra was until the late 16th century a historic temple port town complex. A multi-religious site, its primary deity was the Buddhist god Upulvan and at its zenith was one of the most celebrated religious sites of the island, containing a thousand statues of the various sects of Hinduism and Buddhism. The temple was built on vaulted arches on the promontory overlooking the Indian Ocean.Built to the Chera style of classical Dravidian architecture, it covered a vast area housing shrines to many Hindu deities including Lord Shiva and Lord Vishnu. Its rediscovered statue images and ruins from the 5th-7th century CE reflect the high points of Pallava art.
While there, visit the Dondra Head Lighthouse which was designed by Sir James Nicholas Douglass of the Imperial Lighthouse Service All the building materials including the bricks and steel were imported from England. The granite rock was supplied from quarries at Dalbeattie in Scotland and Penryn in Cornwall. The lighthouse was completed and commissioned in March 1890.

DAY 7:
On your way back to Negombo, you can stop over at the beach resorts of Bentota and Beruwla or for high tea at the former residence of the British Governor in Mount Lavinia, the first suburb of Colombo when coming from the South.
Using the old Colombo - Negombo Road, when leaving Colombo, is a more scenic drive with less traffic than the newer main road.
End of Tour.

The Sri Lanka Tuk Tuk Beach Tour includes 6 Nights 2*-3* acommodation b&b for one person, sharing a double room and includes the Tuk-Tuk Rental with Insurance and unlimited milage for 6 Days.
Not included are gasoline, service expenses and the entrance fees to sights and national parks.
Please be advised that the refundable security deposit of Rs. 45,000 (approximately US$ 250) for the vehicle rental is not included in the tour rate and must be paid to the tuk-tuk rental company directly.
Rate (per person): US$ 299 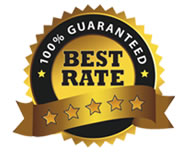