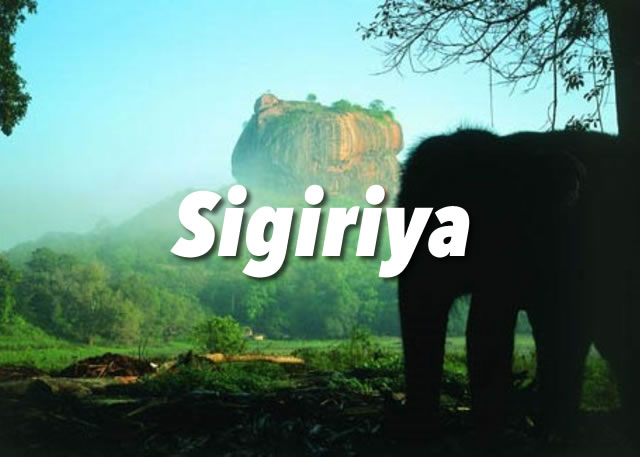 As a part of Sri Lanka's cultural triangle Sigiriya is close to the ancient sites of Polonnaruwa, Anuradhapura, Dambulla and the former capital Kandy.

Don’t rush through all this magnificence. Be prepared to spend at least one whole day, walking around the Sigiriya gardens, the newly laid out herbal garden. Walk to the northern corner of the western moat and look to the south down the moat, and see how it had been made in line with the summit of a far away hill.

Dambulla
Dambulla Rock Temple is a magnificent gallery of Buddha images and wall and ceiling paintings not seen anywhere else in the Island. It is a complex of five cave temples with its origin going back to the first1st century BC.

Polonnaruwa
Polonnaruwa is the ancient capital of Sri Lanka from the eleventh to thirteenth centuries and the repository of outstanding ruins, frescoes and enormous statues of reclining Buddhas. The ruins of the old city are on the shores of Lake Topawewa, man-made during the reign of a twelfth century king—a huge task, when one considers it was accomplished with nothing but manual labor.

Pinnawela Elephant Orphanage
Pinnawela is located West of Kandy on the Colombo highway and hosts the largest elephant orphanage in Sri Lanka, accounting for around fifty elephants at any given time.

Kandy
Kandy, is Sri Lanka's second largest city and home of the Dalada Maligawa, one of Buddhism's most sacred temple grounds containing the palace of Sri Lanka's former king and the holy of holies, the repository of an actual tooth relic of the Lord Buddha.