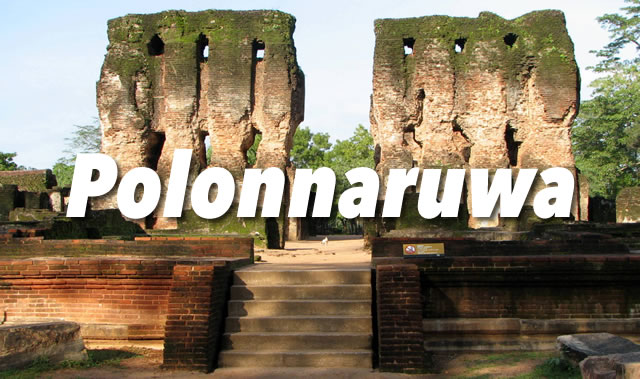 As a part of Sri Lanka's cultural triangle Polonnaruwa is close to the ancient sites of Dambulla, Anuradhapura, Sigirya and the former capital Kandy.

Sigiriya
Climb the amazing rock of Sigiriya with its impregnable palace fortress built in the fifth century and enjoy the magnificant views over the once magnificent royal pool, the throne, remains of the majestic palace, walk ways and gardens.

Dambulla
Dambulla Rock Temple is a magnificent gallery of Buddha images and wall and ceiling paintings not seen anywhere else in the Island. It is a complex of five cave temples with its origin going back to the first1st century BC.

Pinnawela Elephant Orphanage
Pinnawela is located West of Kandy on the Colombo highway and hosts the largest elephant orphanage in Sri Lanka, accounting for around fifty elephants at any given time.

Kandy
Kandy, is Sri Lanka's second largest city and home of the Dalada Maligawa, one of Buddhism's most sacred temple grounds containing the palace of Sri Lanka's former king and the holy of holies, the repository of an actual tooth relic of the Lord Buddha.